Originally part of the 2010 series “Evidence of Murder” by Mark Howitt, RFK: Bloodline Assassins investigates the assassination of Robert Kennedy who was well on his way to becoming President of the United States in a face off against Richard Nixon.

His life was cut short however, and this film investigates the details of the crime in great detail discussing the suspected killer Sirhan Sirhan and proving without a doubt that there was CIA involvement and the government has yet again done everything it can to cover their tracks including destroying and tampering with evidence.

For DVD versions of some of Mark Howitt’s documentaries please visit the Webstore at www.worldpublicunion.org

Previous 9/11 Mysteries
Next The World According to Monsanto

JFK Revisited – Through the Looking Glass (2021) 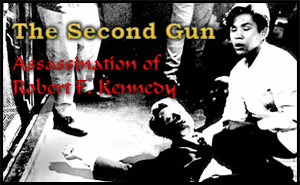