Why Big Oil Conquered The World

Part 2 of the Corbett report’s Big Oil Conquered the World documentaries. At the dawn of the 20th century, a new international order was emerging. One founded on oil. And by the end of the 20th century, that order was firmly established. Heating. Transportation. Industrial power. Plastic manufacturing. Pharmaceuticals. There is no facet of modern life that is not, one way or another, dependent on oil.

But the rulers of this oiligarchy — the Rockefellers at Standard Oil, the British royals at BP, the Dutch royals and the Rothschilds at Royal Dutch Shell — were not content with mere financial domination. The power that came with their near-total monopoly on the world’s most important commodity was enormous, and they had no qualms about using that power to re-make the world in their image.

As we saw in How Big Oil Conquered the World, the impact of the oiligarchs has been breathtaking. From the education system to the medical profession, from the “Green Revolution” to the “Gene Revolution,” from World War to the Gulf War, oil money has been used to shape every aspect of the world we live in. With the rise of the petrodollar in the 1970s, even the international monetary system itself rests on oil.

How Big Oil Conquered the World 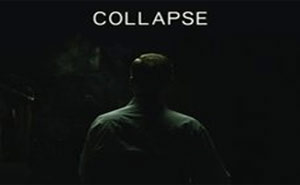