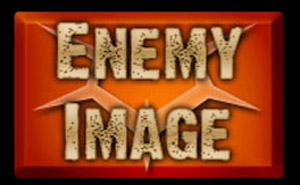 The invasion of Iraq was the most closely documented war ever fought. Lasting only 800 hours, it produced 20,000 hours of video, but those images were tightly controlled, producing a monolithic view of combat sanitised and controlled by the Pentagon.

Enemy Image traces the ways us television has covered war, starting with Vietnam in the 1960s and shows how the military has devised ever-improving means of ensuring the American public never again has the real face of combat beamed directly into their living rooms. Comparing footage of Vietnam, including rarely-seen material shot in North Vietnam, to coverage of Iraq and using extensive interviews with veteran war correspondents and news anchors, Mark Daniels demonstrates how television that once revealed the truth is now increasingly used to hide it.

Previous In Lies We Trust: The CIA, Hollywood, and Bioterrorism
Next Banking With Hitler

*”* I am really thankful to this topic because it really gives great information ,*”

Hey there, I’m sorry for the off topic question but would you maybe show me wher I can find the site template you’re using? I’d love to find the same or maybe one that is very similar to yours. Can you maybe say where you got it from?