Citizenfour is a 2014 documentary film directed by Laura Poitras, concerning Edward Snowden and the NSA spying scandal. The film had its US premiere on October 10, 2014, at the New York Film Festival and its UK premiere on October 17, 2014, at the BFI London Film Festival. The film features Snowden and Glenn Greenwald, and was co-produced by Poitras, Mathilde Bonnefoy, and Dirk Wilutzky, with Steven Soderbergh and others serving as executive producers. Citizenfour received critical acclaim upon release and was the recipient of numerous accolades, including the Academy Award for Best Documentary Feature at the 2015 Oscars.

In January 2013, Laura Poitras, an American documentary film director/producer who had been working for several years on a film about monitoring programs in the United States that were the result of the September 11 attacks, receives an encrypted e-mail from a stranger who calls himself, “Citizenfour.”In it, he offers her inside information about illegal wiretapping practices of the US National Security Agency (NSA) and other intelligence agencies.

In June 2013, accompanied by investigative journalist Glenn Greenwald and The Guardian intelligence reporter Ewen MacAskill, she travels to Hong Kong with her camera for the first meeting with the stranger in a hotel, who reveals himself as Edward Snowden. Scenes of their meeting take place in Snowden’s hotel room, where he maintains his privacy. Shots of Snowden in his bed, in front of his mirror and of the hotel from a distance form the character of Snowden as a trapped political agent.

After four days of interviews, on June 9, Snowden’s identity is made public at his request. As media outlets begin to discover his location at The Mira Hong Kong, Snowden relocates to Poitras’ room in an attempt to elude phone calls made to his room. Facing potential extradition and prosecution in the United States, Snowden schedules a meeting with the United Nations High Commissioner for Refugees and applies for refugee status. After Poitras believes she is being followed, she leaves Hong Kong for Berlin.

On June 21, the US government requests the Hong Kong government extradite Snowden. Snowden manages to depart from Hong Kong, but his US passport is canceled before he can connect to Havana, stranding him in the Sheremetyevo International Airport in Moscow. On August 1, 2013, the Russian government grants Snowden temporary asylum for a period of one year. Meanwhile, Greenwald returns to his home in Rio de Janeiro and speaks publicly about the United States’ utilization of NSA programs for foreign surveillance. Greenwald and Poitras maintain a correspondence wherein they both express reluctance to return to the United States.

Throughout, the film offers smaller vignettes that precede and follow Snowden’s Hong Kong interviews, including William Binney speaking about NSA programs, and eventually testifying before the German Parliament regarding NSA spying in Germany.

The film closes with Greenwald, Snowden and Poitras meeting once again, this time in Russia. Greenwald and Snowden discuss new emerging details on US intelligence programs, careful to only write down and not speak critical pieces of information. Greenwald tears these documents creating a pile of scraps, before slowly removing them from the table. 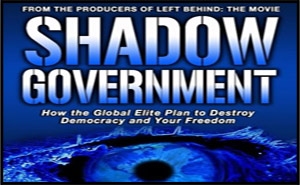 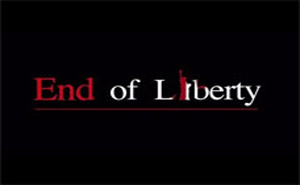 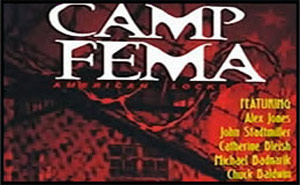